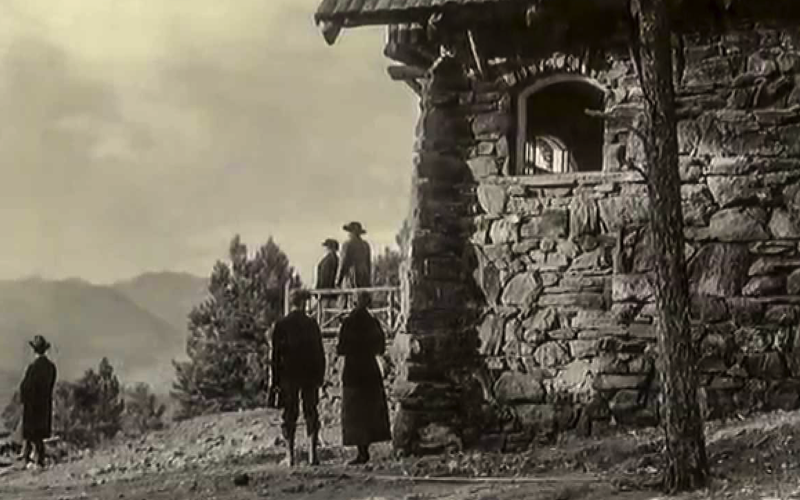 The development of the parks took several decades to complete, starting in 1912 and ending in the 1940s. The city heavily invested in the project. Funding the development of rustic lodges, parks, and shelters that reached as far as Mt. Evans, Sedalia, and Winter Park. Fredrick Olmsted Jr. was hired by the city to help with the development of the mountain park plan perfect for the city. He recommended the acquirement of 41,310 acres of land. It was to be used to construct two hundred miles of picturesque parkways that would link the parkways together.

Acquiring over 41,000 acres of land proved difficult, so the city had to work with the 14,000 acres it first obtained. The Genesee Park became the first park to be developed after the acquisition of land. By 1918, the park already had a game reserve, rustic lodge (Chief Hosa Lodge), and a campground. The Chief Hosa Lodge was designed by renowned Denver architect J.J.B. Benedict who ended up designing many buildings and homes in Denver. The park soon grew into an international destination. In fact, it is on record that in 1917 more people paid the Denver Mountain Parks a visit than they visited all the other Federal national parks in the United States.

Expansion of the Denver Mountain parks

With the increased popularity of the parks in the city, the city was prompted to expand. In the 1920s, a lot of expansion happened. The city added Red Rocks Park, Evergreen Lake Park, Summit Lake Park, and Echo Lake State Park, among other facilities, to make tourists feel welcomed. Each park and facility was unique in its way, offering visitors various outdoor activities such as winter ice skating, towering sandstone, and summiting mountain tops.

Impact of The Great Depression

The Great Depression affected everyone but the reforms that came after that benefitted the mountain parks a great deal. The Denver Mountain Parks were improved as a result of the federal programs that came after the Great Depression. For example, in 1934-35, the Federal Emergency Relief Administration (FERA) funded road projects that saw improvements and new facilities in Red Rocks Park, Genesee, and Bear Creek Canyon. Another federal program, Civilian Conservation Corps (CCC), funded a few more projects in the Denver Mountain Parks system. Additionally, the Works Progress Administration (WPA), another federal program, helped with the improvements of roadwork throughout the system in 1939.

The Second World War affected the parks a great deal as the funding for the parks decreased, and the population of the locals rapidly increased after the wars. In 1955, Denver city had to discontinue the levy that had sustained the parks since they were developed in 1913. The Mountain Parks Division was moved to another division, the Department of Parks and Recreation. There were many other things that required funding from the department, and suddenly the Mountain Parks were competing with them for the limited money available at the time. Unfortunately, the urban services were prioritized over the Mountain Parks.

By the 1970s, the once-elegant and top attraction sites in Denver were in a sorry state. This was a result of heavy use, minimal maintenance, vandalism, and aged facilities. The park managers tried to manoeuvre these hard times by seeking grants. They also established partnerships to supplement their funding which was already so constrained. By 1995, most Denver Mountain Parks was a part of the National Register of Historic Places. Being part of this list was a good thing for the parks as it opened doors for the State Historical Fund that allowed the restoration of the structures of the parks. In 2004, the parks benefitted even more with the establishment of the Mountain Parks Foundation. The foundation was established through fundraising and advocacy.

Today, there are 22 accessible parks. Despite the challenges, the city continues to protect the landscapes that date back over a century ago. In the parks, you can enjoy picnicking, biking, fishing, golf, viewing wildlife, etc. The Mountain Park system gets funding through gifts, donations, and bequests from corporations, individuals, and foundations. The managers have done a pretty good job maintaining the beauty of the parks. They are still among the top tourist attractions in the city. They get millions of visitors every year, and they are a huge reason why many people visit Denver.